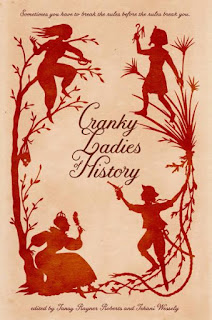 Cranky Ladies of History, edited by Tehani Wessely and Tansy Rayner Roberts, and published by FableCroft, is the literary outcome of a crowdfunding campaign in March 2014. The theme, as the fundraiser announced, are the stories of women who have challenged (and sometimes changed) the expectations of what sort of behaviour was acceptable or appropriate for them, from ancient to more recent times. I was fond of this project even before reading the book. I liked the idea that these stories would contribute to make women in history a little more visible, to remind us that these protagonists (and many others like them) were not mere accessories or docile companions. In other words, in spite of what history written by men wants us to believe, this anthology points out that women existed and had agency, not only as daughters or wives or mothers of someone else. 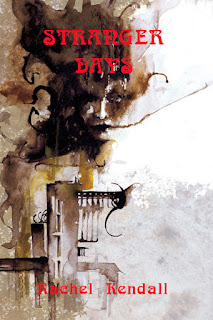 Halfway through Rachel Kendall’s Stranger Days the characters have a debate about the nature and making of art. The unnamed protagonist (who sometimes likes to act out another version of herself called ‘Charlotte’) declares, ‘Artwork is private until it’s put up for sale, then it’s public. A diary might become art once it’s published. Just because it’s a private life, doesn’t mean it can’t be a commodity’ (97). Stranger Days is a short novel presented as though it was a diary, written over the course of a hot summer in Paris while the protagonist works on a novel, argues with her boyfriend Z, and develops an intense crush on a mysterious woman called Elodie. The conversations about art and performance are reflected both in the form the story takes and in the actions of the characters. The book is billed as being existentialist in nature; the questions it asks are not only “What is art?” but also “What is experience?”