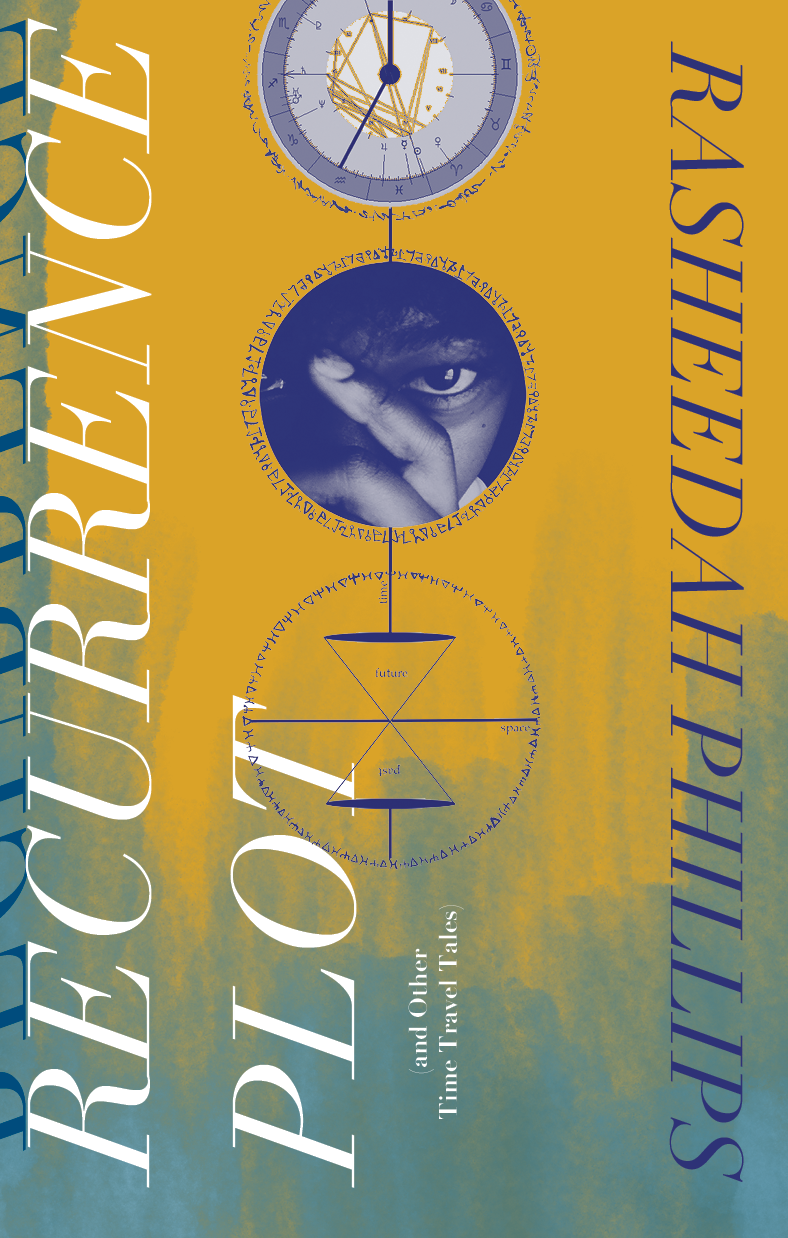 Recurrence Plot achieves the delightful symmetry of being a novel about experiencing time out of sequence, with a main character who has faulty memory and incomplete information, and about the discovery and reading of a self-published, postmodern, pseudoscientific, multimedia and multi-genre, portmanteau book, which is told out of sequence, leaving the reader confused and with incomplete information, and in a portmanteau, postmodern and pseudoscientific style. The novel (or mish-mash of related stories, whichever it is) really wants to be interactive fiction, and is slightly unsatisfactory for not quite embracing the possibilities of that medium, but is nevertheless an impressive debut and first installment in what promises to be an interesting ongoing series.

The protagonist of this story, in as much as there can be said to be a single story, is Khepri, a young Black journalist struggling to prove herself to prejudiced and demanding superiors by uncovering a scandal at a local university psychology laboratory. She seems to spend little time actually investigating or writing, as her story thread begins with examples of her faulty memory, technophobia and superstition, and she discovers a mysterious, hand-bound volume titled Experimental Time Order that seems almost to have been left for her in one of the thrift stores she frequents with ritual obsessiveness. As she reads this book, memory and time perception unravel even more around her, and the murderous scandal of the psychology experiments seems to be more tied up with her own problems than she realized.

Some of the shorter threads in this volume—including Khepri’s tragic mother, and a therapist attending a psychology convention—were previously published as independent short stories, perhaps accounting for some of its fractured nature. Barely half of the pages in this novel contain narrative fiction, though; there are long passages excerpted from Experimental Time Order, the “time travel instruction manual,” printed in the order in which Khepri reads them, and a 29-page appendix of further pseudoscientific and reference material, secret experiment reports, and zodiac readings. This does make the reading somewhat heavy-going; I wouldn’t be at all surprised if many readers find themselves skipping over these parts and hoping to get back to the main story.

The “science” in the hand-crafted time travel manual is a heady mixture of scientific, popular and fringe bibliography, crafted into a wild, set of theories based on almost Foucauldian levels of critical metaphor in the guise of misappropriation of quantum physics terminology that would make Sokal’s parody look balanced and reasonable. For example, a passages on pp. 139-40 argues that because proteins in the human body vibrate like musical frequencies, and because there is a link between music and memory, that these are linked by “literal and figurative” harmonies, leading to the conclusion that music is outside of time and therefore can effect time travel. It’s hard to tell what the author’s intention is with these passages, but they do succeed remarkably well as a parody of New Age self-help and meditation books, with the focus on exercises such as rolling memories backwards and freeing the mind from the constraints of the conscious. Similarly, the attendance at “PsychCon” in one of the sub-plots is a weird mashup of a sci-fi convention or science fair, and an academic conference; it is not entirely convincing as either, and therefore unsettling to the reader’s sense of reality (a common thread in this novel).

Although entertaining and interesting in its own right, I did feel that this novel might work better as interactive fiction, presenting the Experimental Time Order passages in different venues and varied digital media—which would be a more interesting kind of variety in content than the constant font-shifts that represent the scrapbook-like print volume. This would then give the reader control of what she reads, looks at, watches, listens to, plays, and in what order. This nonlinear, reader-led approach is already suggested by the attempts at non-sequential presentation: the book has two tables of contents at the front, one ordered by sections in page order, and the other a table showing characters and narrative time; there is one point in the book where the reader is asked to make a choice and turn to a different page in the book depending on the outcome. In a true IF presentation, Khepri’s story, for instance, might then become a novelette-length piece, with a character we care about and empathize with, tensions and plot that unfold satisfyingly (if sometimes bafflingly), while the surrounding material would be presented in the form of links, for the “reader” to follow and choose the thread of the story that interests her.

That said, it is not the place of a reviewer to discuss “the book I would have written”, and as it stands Recurrence Plot is a fascinating, very readable story, slightly unbalanced only in the quantity of rather dry, albeit absurd and amusingly self-parodying, background material that is scattered throughout it. Part 2 is apparently coming in Winter 2015, and I hope to find out more about Khepri’s unfinished story when it does.
Posted by Djibril at 16:32

thank you so much for your thorough review! i appreciate your thoughts and suggestions, and that you took the time to read and digest it.
best, rasheedah