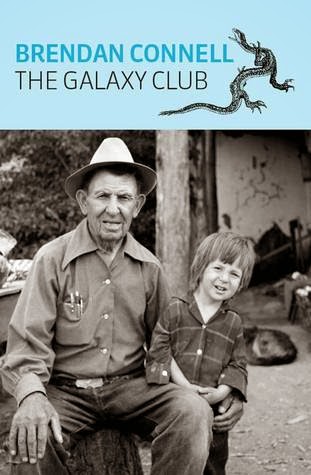 The latest short novel by inventive and experimental fantasy author Connell, published by the rather wonderful, weird Chômu Press, is typically hard to categorize. Billed as “noir” in the press pack, the book does indeed involve downbeat, not terribly sympathetic characters in various degrees of chronic struggle or desperation and whose conflict in the story is between letting their lives get even worse or scrabbling to hold on with their fingernails for another day, set in a mid-twentieth century American locale. But on the other hand it is also a road novel, with hitchhikers, car chases, lonely towns to pass through and creepy strangers to pass through them, and even elements of the beatnik, with trippy images, multiple characters popping legal or illegal drugs and drinking excessively, and a sense of reality that verges between magical realist and mythological. Above all these, it boasts unmistakably literary features, including unreliable narrators, multiple irrational and inanimate points-of-view, language deployed to disorient the reader, character and imagery overriding plot, and an unclear, barely satisfying dénouement.

Each short chapter (most reaching only one to three pages) is narrated by a different character—or in some cases by a bystander, piece of landscape or inanimate object: there are passages narrated by the grass beneath the characters’ feet, by a spade and by a canyon. Slightly less bizarre are the parts of the story told by a goat, a statue and a fish, which at least are treated as real characters by the people around them. Of the repeating viewpoint characters, the most frequent and prominent are Cleopatra, a drifter haunted by drug dependency, mysterious “they” tracking him across the country, and memories of ancient Egypt, who gets caught up in a martyr cult and a treasure hunt when he rolls into town; Blue Boy, an unnatural child, gift to his peasant parents from the trickster coyote god, who is troublesome, mischievous, violent and uncontrollable to the point of complete impunity; and “Alfonso”, a swaggering, Flashheart-esque hero of Spanish and Scottish aristocratic descent and FBI agent, who has hidden agendas of his own and may not be entirely what he seems. Many other background characters, both human and immortal, add to the spice of the story, but the main strands follow these three.

As I said above, the plot may not be the most important element of this novel, and in any case the elements are so interwoven and tangled that it would be near impossible to recount them in any detail without giving away more of the story than is decent in a review. Among the strongest threads that contribute to the weft of the piece, however, is the arrival into the dilapidated ghost-town of drifter Cleopatra, whose northward progress is soon interrupted when he is sidetracked the shiftless and untrustworthy Elmer and his lonely aunt Ramona, who dream of escape from this dustbowl by finding a legendary, long hidden treasure trove of gold coin. Adding to the dysfunctional families is gay pharmacist Gilbert, despised by his abusive, corrupt cop brother, who is the only law enforcement in town and so an authority unto himself. Meanwhile, the core of the dwindling population of the town are a cult made up of three manipulative old sisters and a group of desperate, violent and abusive young men who dream of being crucified for the greater glory of their religion. In a completely different mythoi-religious world view, a group of spirits of the land (and sea) are set on punishing Coyote for his transgressions by killing Blue Boy, leading to a conflict not only between humans and supernatural spirits, but within the realm of immortals as well. In developments that are sometimes comprehensible, sometimes predictable, sometimes just plain fucked-up, these three elements start to come together, usually to Cleopatra’s detriment, often leaving unraveling loose ends or the discarded corpses of red herrings.

The themes of the novel, insomuch as recurring motifs can be called themes rather than echoes or internal repetitiveness, revolve around the centrality of history and landscape over the human members of the community. Not only is the place—both figuratively in spirits of the land, and literally in natural features and architecture—full of unexpected viewpoint characters, but the barrenness of farmland and collapse of both local industry and any connection to the larger world impacts on all aspects of the life of the town. The characters live in abject poverty, whether they respond to it by doing their best to survive, dreaming of escape, exploiting their fellow-citizens, wallowing in religious mortification or, as almost everybody in one way or another, in some form of chemical dependency. Whatever limited progress or achievements characters experience in this novel are brought about not by talent, planning or hard work but by exploitation of others, deus ex machina or dumb luck. The most enduring characteristic we see in the dramatis personae is sheer human cruelty, expressed in abuse, murder, sadism, threats, wanton destruction (most forgivably when carried out by a child) and the casual homophobic violence of a protagonist who up until them had been in most danger of becoming a sympathetic figure for the reader.

As in many Connell novels, The Galaxy Club is not an easy read, nor necessarily a pleasant one, although it is clever and rewards persistence. Rather misanthropic, verging on nihilistic, the story achieves the aim of making a reader root for a particular character most commonly by setting them in opposition to an even more obnoxious, repugnant or dangerous antagonist. Connell’s language is poetic, both in the sense that he stretches punctuation and grammar to achieve tone and voice, and that sentences or whole pages are sometimes so musical that you have to stop and re-read them out loud to be sure you heard yourself correctly inside your head. I’m not altogether sure that I came out of this novel happy with what happened to any of the characters or satisfied by the suspense and resolution, but I certainly learned something about the art of writing from seeing how much power the author is able to capture in spare, authentic and understated words.
Posted by Djibril at 10:30