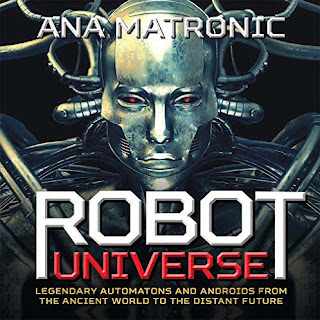 When choosing some books as your mental pabulum, one needs to prepare for a surprise. Ana Matronic’s Robot Universe: Legendary Automatons and Androids From the Ancient World to the Distant Future, offered as many as three surprises: 1) the title’s complexity is reminiscent of that encountered in doctoral dissertations, 2) the author is not an academic, but a singer and a fervent AI aficionado, and 3) the book’s hardcover edition is deftly designed and adorned with a multitude of beautiful illustrations. After a quick peek into the book, a tentative idea could be formulated, as both well-known and alien characters appear throughout the pages, promising variegated but not reader-intimidating content. 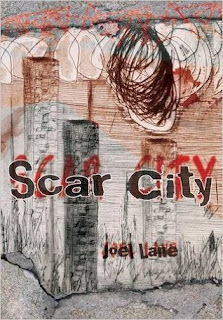 Joel Lane was an odd duck even in the annals of weird fiction. His stories were often surreal, focusing on imagery and emotions rather than plot. Many, if pressed, would place his work in the magic realism niche, but often his tales have a darkness and brute nihilism that seem out of place in that area. The creeping sense of dread and hopelessness that pervaded his tales seemed to steer them towards the direction of horror, yet few of his stories featured gore, or even supernatural elements, and a black sense of twisted and bitter humour overhung all. And the meandering, seemingly directionless nature of these tales, with open endings, questions forever unanswered, and characters left in grey and lonely limbos, often tended to alienate the typical readers of genre fiction. But Joel Lane is considered, among the connoisseurs of the strange and morbid, to be a rare and all too often undiscovered gem. Preferring the short story, Lane wrote five story collections, four books of poetry, and was struggling to publish the last novel in a trilogy when he died in 2013, at only 50 years old. This collection, Scar City, was his last, published two years after his death. 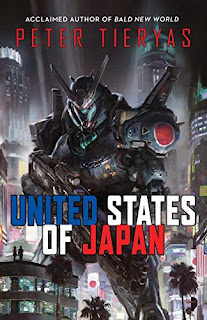 In his dedication, the author points to Philip K. Dick as one of the “Phils” who changed his life; and it is immediately clear that this is a reference to The Man in the High Castle as an inspiration for United States of Japan, We can see Tieryas’ debt in the basic scenario in which Japan won WW2 and the United States of America is divided between a militaristic Japanese empire and Nazi Germany. Here, though, instead of a book offering a vision of a better alternative where the USA won (in the shape of a book or, in the case of Amazon’s recent series, a film), the people of the defeated country are shown—and encouraged to play—a game which shows the US taking on and defeating Japan. This is in itself an interesting nudge at the idea of dominant/hegemonic forms of cultural media, although it is, of course a kind of game that we are playing once we entertain the idea itself. It does, though, in a meaningful way, mould our response to the novel, as do a number of ways in which Tieryas constructs the nature of his future. And so, it is fair to say that I found the novel inferior to Dick’s, but also that many of its readers will be of the age I was when I first read High Castle, and Tieryas’ moulding and construction will be as normal and obvious as Dick’s was to me. I cannot, though, fail to read it through the lens of Dick, and, as the publishers emphasise this novel’s status as one “in the vein of” Dick’s, I am probably not expected to.