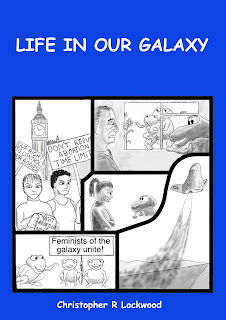 Life In Our Galaxy, written by Christopher R Lockwood and self-published via Lulu.com, is a contemplative and graphical new text that leaves you pondering its contents some time after you have put it down. While it struck me that it attempts to achieve a great number of things—education, activism and the exploration of ethics on both sides of the arguments around abortion—within its simply drawn pages, it nonetheless left me wondering how well these aims were then met. 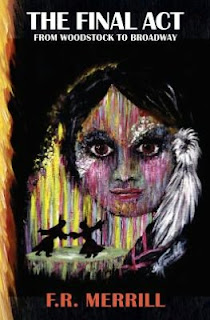 Faith Straton has just gotten her big break. She had always loved the Native American stories her grandmother used to tell her. After her dreams of dancing on Broadway fell to the wayside, Faith became a dance instructor. Over time, she decided to merge her passions, so Faith created her own theatrical production, melding the stories her grandmother used to tell with dance. Now, her play is set to show on Broadway, bringing back echoes of former dreams. But when Faith and her daughter, Amanda, move to New York City, Faith gets more trouble than she bargained for. 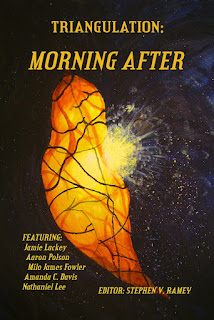 This collection of twenty-four original stories is the eighteenth annual release in the Triangulation series from the writers’ group PARSEC which is also the Con-runner for the Pittsburgh, PA Confluence. The anthology series has earned a long-standing and very positive reputation for providing a platform for new writers, a reputation which is well continued in this varied collection of stories.