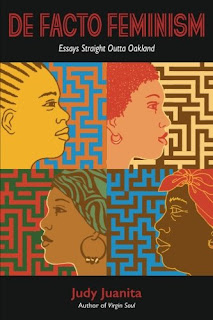 Judy Juanita’s collection of essays De Facto Feminism: Essays Straight Outta Oakland is a mixture of previously published material from her long career in activism, including poetry, and more recent autobiographical reminiscences that relate to her 2013 novel Virgin Soul. This work does not relate to genre per se (unless we think of being Black in America today as being a dystopian experience, which, to be honest, we might well do). The sixteen essays, half dozen poems, and a collection of digital correspondence span from 1967 to 2015, much of which is drawn from the online magazine The Weeklings, cover expansive territory on Juanita’s career as an activist and an artist: she has been a member of the Black Panther Party, has taught in the first Black Studies program in the US, and is a playwright, poet, novelist and professor. She reminds us that creative work is activism too. 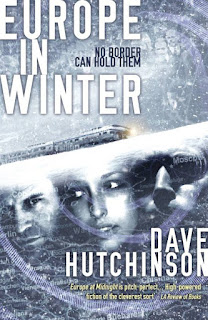 There’s a scene early on in Europe in Winter in which we meet Gwen, a civil servant who is part of a group of conspiracy-theorists whose focus is the Community, the parallel-universe/constructed world to which Hutchinson’s previous two novels Europe in Autumn and Europe in Winter have introduced us. Suddenly, with the revelation of the existence of the Community to Gwen’s baseline world, her superiors are intensely interested in it. “The government was being forced to make up policy towards the vast new European neighbour on the hoof.”