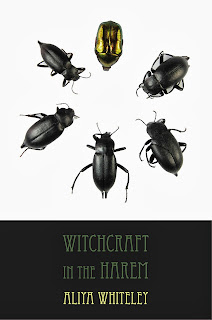 Motherhood, growing, and the act of creating runs through the collection as a basic theme. In ‘Lego land’ the lonely Robert creates a miniature world out of Lego in his basement, but then tiny aliens arrive in their small spaceships and they inhabit his Lego world. Robert is at first a bit flabbergasted and annoyed by this, but eventually he starts to communicate with them. It’s a well told and funny story about building a world, close encounters of the third kind and the surrealism in discovering you are viewed as the Creator and all the heavy responsibilities that follow with it. This story was one of my favourites in the collection.

In ‘Galatea’ the reader is presented another story about creation, based on a classic myth. Here a man sculpts the perfect woman in clay, but his longing to get more and more from her, eventually leads to disaster. I thought it was a good and short story about what obsession might lead to. Another disturbing story is ‘Babyhead’, where the woman Cynthia finds a baby head growing in the vegetable patch. Her uncaring husband gets rids of it, but Cynthia can’t get it out of her mind. She hears strange singing in the night, and then more heads pop up between the cabbage leaves. You can practically see Cynthia’s yearning and bond with the heads growing for every page. I really liked this story.

I think one of the strengths in Whiteley’s writing is that she dares. She doesn’t hesitate to write about the dark and secret thoughts we’ve all have had at some point in our lives. Not all the women in her stories in this book dream about motherhood or marriage. In ‘Penelope Napolitano and the Butterflies’ the young girl Penelope isn’t sure at all that she wants to answer ‘yes’ when her boyfriend asks her to marry, because she believes this will lead to her turning into her mother. In ‘Strands’ the woman longs for freedom from her marriage and her child, so when a stranger arrives, she willingly leaves home together with him while her husband sings goodnight songs to their daughter. In ‘The Bengalo Boys’ a haunted woman tries to apologize, through spiritualism, to two boys she murdered while they were still in the womb of her friend, who didn’t want to become a mother.

Many of the characters in Whiteley’s stories suffer. They have miserable lives. The abused and sad girl in ‘1926 in Brazilian football’ collects frogs in the hope of finding her prince. In ‘Flushed’ the girl flushes her life and her bad relationship with her mother, down into the toilet, together with the talking duck. In ‘Wingspan’ a woman sees an aubergine where her husband’s head is supposed to be, a rotting aubergine. So when she finds out there is a cure for this insanity, she of course wants to try it out. But is she really sure she wants her life back to normal and her husband’s head back? These three stories are examples of stories in this book with really absurd plots. I think, however, that this only highlight the sadness in the stories, and the reality. I think many of us can identify with the troubled relationships with our mothers, or husbands, or the question burning: Is there a better life out there?

I had no difficulties identifying with the different main characters and their struggles. This is perhaps some of the things I will mostly remember from this collection. In all the weirdness and craziness in the different plots, there are some essential questions asked, which makes me ponder further. I like it when that happens. Whiteley has a confident and a sure author voice when she writes about what lurks in the hidden corners of the human psychology. She has no trouble with writing from the I-perspective either, which I think strengthens the different voices that want to be heard. This is some of the best writings I have seen for a long time.

Whiteley has already been writing for many years, despite her young age, and has written the books Mean Mode Median, Light Reading and Three Things About Me in addition to numerous short stories and poetry. This collection contains stories that were published between 2003 and 2012 in magazines such as Sein und Werden, Unlikely Stories, 3:AM, Strange Horizons and The Future Fire.

The collection has many fine stories and it is difficult to pick stand-out examples. The stories I have not mentioned here are all good reads. They are well chosen and put together. The collection is a good showcase of the impressive width and depth in Whiteley’s writing. I look forward to read more of her work.

All in all, I found this collection worth while reading, well written and entertaining for readers who don’t shy away from strong stories about women’s lives. The stories are of good length, and I found it easy to read a story here and there in a busy everyday schedule.

Buy this book from Dog Horn Publishing
Posted by Djibril at 15:00