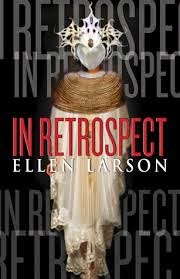 Merit Rafi, the main character of the story, is Oku—one of two races still existing on earth after certain cataclysmic events that took place long ago. We learn that the Oku are the technologically superior race and that they used this superiority to dominate the Rasakan people. Though this domination seems to have made itself felt less through force and violence and more through other, more subtle though unnamed means, the subjugation that the Rasakans experienced during the Oku hegemony eventually caused them to rebel. Rasaka used the greater military power it had somehow acquired to destroy much of the Oku civilization. Meanwhile, the abrupt surrender of Oku General Zane, who had represented hope for Oku fighters like Merit Rafi, had transformed him into a traitor to Rafi and other Oku who did not want to give up. These fighters, now considered rebels, continued their resistance but eventually they all are killed or captured. Rasaka is now an occupying force in Oku. When, during this occupation, General Zane is murdered, Rafi is enlisted by the Rasakan Authority to identify the killer. She is the only known surviving Oku who is a qualified retrospector—someone who can use the Oku developed technology of forensic retrospection to travel into the past and learn what happened.

This is the set-up for the story that enfolds and, as such, it is done well and efficiently. We understand the moral dilemma that Rafi finds herself in. She despises Zane and doesn’t mind that he was killed. In fact, the killer is likely to be someone whom she would rather protect than expose. She also doesn’t want to be a tool of the Rasakan Authority, helping them to gain not only credibility with the populace but also control of this most powerful of the Oku technologies. On the other hand, the Authority has control over Rafi’s life and death and the power to hurt her friends and family. In addition, there is a part of Rafi that wants to do the work for which she was trained. In her current life, she is useless and miserable. Added to the mix is an old Rasakan lover who enters the scene and encourages Rafi to work with him by participating in the retrospection.

All of this makes sense up to a point. A question arises, though, around the suggestion that only Merit Rafi is qualified to operate the retrospection technology and return to the past. The way in which the time travel/retrospection functions are explained is as a combination of technology and the fact that certain individuals can be “attuned” to travel through time. There are physical requirements for time travelers—for instance, large people need not apply—and psychological requirements as well, although aside from the ability to meditate, these are not explained. Most readers, though, will probably be satisfied enough to suspend their disbelief around the credibility of the time travel aspect of the story. However, the idea that, there is, practically speaking, only one person left in the world who can do this? I guess this is where the post-apocalyptic element comes in. You get the feeling that there are just not that many people left in the world, period.

We learn something about these long ago apocalyptic events not as facts that come out as the plot unfolds, but rather all at once through Rafi’s musings early in the novel:


It never ceased to amaze her. Though half the Earth had been destroyed eight hundred years ago by the insanity of their forebears; though the coasts had been redrawn and the climate changed, this land called by the ancients Anatolia, then Asia Minor, then Turkey, had survived, flourished and—eventually—regained its plentitude.

It is not much fun to be the victim of a drive-by information dump like this, but the real problem is that we are not given enough realistic detail about these events and, in particular, how they have concretely and convincingly shaped the reality of the present world in which the story is occurring. In Retrospect presents a very tiny world, tiny enough that serious world-building is necessary. While some kind of apocalypse could, perhaps, explain this tininess, the reader needs to know more. For instance, what does this half-destroyed earth look like? Is it poisoned? Blown up? Do other land masses exist? Plant or animal life? Is it dangerous to venture out to the rest of the world, the part of the world not populated by the Oku or Rasakan people? It has been 800 years after all—are efforts being made to repopulate or restore the planet?

The fact that the story does not go into any of this makes the reader feel like the post-apocalyptic scenario is just a device to explain Rafi’s importance. It comes across like a low-budget movie where there is not enough money to pay for extras or off-set filming.

Likewise, the post-colonial aspects of the story feel underdeveloped, though a little less so. We are introduced to some key ideas such as the Oku race being more technological and the Rasakan’s having military superiority (and some fine wines), but I was never fully able to believe in these two separate races or understand their differences. Are there actual racial differences? Historic? Cultural clashes and misunderstandings? Deep-seeded beliefs or practices that set them apart? Because one of the main Rasakan characters has red hair, I found myself wondering if most Rasakans were red-haired, or if Oku people were darker or smaller, as Rafi seemed to be. I was grasping at straws because I wasn’t being given enough to flesh the situation out. Worse than this, though, the lack of detail and complexity meant that I could never bring myself to believe in these divides. It felt, like the post-apocalyptic setting, more like a device than a convincing part of the story.

The other gripe I have about the post-colonial aspect is that nothing new or interesting is being said with it. Although there is some attempt at nuance—for instance, we are made to understand that it was wrong of the Oku to dominate the Rasakans with their superior technological abilities and that there are good and bad people on either side of the divide—the Oku are still presented as the victims of Rasakan barbary and the Rasakan Authority as the Evil Empire. I am not sure what I am supposed to think about all this, but if it is merely a plot device, I suppose I am not really supposed to think about it very much at all. This is hard for some readers to do, particularly those for whom some kind of political or social analysis is important.

The time travel and murder mystery aspects were, on the other hand, well-rendered. I admire how Larsen has structured the novel, beginning with the first chapter which is cleverly entitled “Prologue: Three Days Later.” (I admit that I have recently written a time travel story where I play with tense, so this kind of thing appeals to me.) Similarly, her telling of the story through forays into the recent and less recent past mixed with present time action (e.g. “Twenty-five years earlier”; “Eighteen months earlier”; “Sunday, 16 April 3324, 4:20 p.m.”) effectively supplies the reader with an understanding of the important events in Rafi’s life as well as simultaneously giving us the feeling of jumping around in time, a nice ambiance for a time travel story. As with most time travel stories, Larson also addresses the issue of whether it is possible to go back in time and change events. While what she does with this is not particularly original, it is still satisfying.

Likewise, the question of who actually murdered General Zane is handled well. I will not include any spoilers, merely note that while there is nothing shockingly unexpected here, there is enough to keep readers’ interest even if, like me, they guess who the murderer is before the full reveal.

I appreciated the fact that the hero of the story was a small, strong, independent woman. However, I would have been happier with a character who had a little more depth and who packed a few surprises. Larson relies on rather formulaic “person damaged by war and trauma” attributes, and we hear too much about how fast her heart is beating. Again, it made it hard for me to believe in her. In addition, there were no queer characters as far as I could tell, and as for the question of race, I would have to say that it was absent, despite this supposedly being a story about two different races. Perhaps the lack of obvious differences between the two races (or any significant racial or cultural attributes in the story) was Larson’s way of saying that the things which divide peoples are unimportant and illusory and it is therefore illogical that such differences should cause hate or fear or conflict. The feeling I got, though, was more of an absence of race, like paper dolls that we are supposed to dress ourselves, maybe with already chewed up and digested analyses of national or racial conflicts in earth’s past and present.

There is some very nice writing here, especially Larson’s descriptive language. For example, in a government building taken over by the Rasakan occupiers, she describes cabinets that are so new that they lack handles, and later in the same chapter, we are treated to the following: “As his head moved, little white highlights, reflections from the overhead pods, chased each other across the curved shield like fireflies.” Very nice indeed.

Larson obviously has a good eye for detail. It is evident not only in her physical descriptions but in her construction of the immediate set of events that constitute the main storyline. She also pays attention to ideas—highlighting intellectual as well as physical conflict. My main complaint is that, in In Retrospect, she did not use this eye in building the larger world in which her story rests.
Posted by Djibril at 09:59