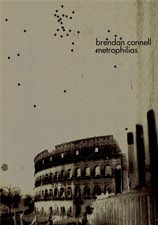 Metrophilias is a collection of short stories that explore the nuances of obsession and desire whilst focussing on a series of individuals in thirty-six different cities across the world. The obsessions range from the unusual to the bizarre to the grotesque: whilst they include descriptions of sexual pleasure derived from intercourse with amputees, deep meditation leading to orgasms after physical contact with blades of grass and insect feet, through to the total consumption of one character by his fervour for absynthe, the author writes without judgement in a detailed, honest and revealing style. These are difficult themes, and whilst grotesque in many ways, the reader is compelled to read on and honestly explore this raw yet fundamental aspect of the human condition (though in one case, the focus is on a woodland creature’s desire).

There are several striking features of this book, even aside from the vulgarity and bizarre nature of the desires. The lavish, beautiful and ekphrastic descriptions of the settings in which these tales are told, the wealth of immersive storytelling that truly captivates the reader and eases them into caring about the characters in such short stories, the honesty about the wish to keep reading and open mindedness that it demands of the reader, and the detail that the stories go into in terms of mapping desire and raw physical need to a credible piece in an incredible and often outrageous premise are especially noteworthy. There is also the use of sensuality and contradiction: food as a metaphor; much told with little; cities and people described in wonderful detail, all of which make these works breathe. Throughout the stories there is a dry humour interwoven with an earnestness and seriousness that demands respect. With so much richness, the reader needs time to absorb and appreciate these features.

I would be remiss if I did not complement Connell on his technical skill. Each character has its own voice, each story its own spark. These tales are rarely formulaic, and each has its own tale to tell. This work has an air of Catullus, Sappho, and Ovid, all of whom have explored the nature of desire, love, need and obsession using earnestness and humour. This is not to say that Connell is unoriginal or inadvertently seeking “money for old rope”—indeed, the exploration of desire is all the more vivid and revealing because he truly pushes all boundaries by using the bizarre and unthinkable, sometimes detestable, to flesh out the details. One small criticism is that on occasion, the style becomes so intensely and literally expressed that it is almost too much to swallow. However these issues can be overlooked given the overall quality and use of a philosophical style in some of the stories.

The notes of the book do say that some of these works had appeared elsewhere with a corresponding list of publications over the last decade, and as a collection of stories that explore desire and obsession, I found that reviewing this work raised questions about the significance of gender in this exploration of desire: I am left wondering how a female reader might take to this book. It is worth noting that the majority of the protagonists are male and the folly of men when succumbing to their desires is clearer than their female counterparts, who have a far more measured response (which one might argue is art imitating life!). It would not be fair to go as far as to definitively conclude that this work suffers from a gender or other cultural bias or assumes a male audience—in fact it seems to attempt an even-handed style where gender is concerned and it would be inappropriate for me to speculate on how a female audience might respond. That said, this work does focus on desire and obsession, and need not necessarily be expected to address gender explicitly.

I can certainly recommend Connell’s Metrophilias. Try to read one story at a time, maybe before bed. Each of the stories should be given appropriate time to digest so that you can appreciate their nuances.