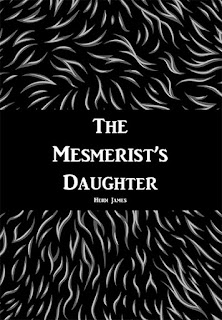 Nicola’s mother is a wolf. Maybe a werewolf, maybe a wolf disguised as a human during the day, maybe a magician or mesmerist of some kind who is able to pull the sheep’s clothing-wool over people’s eyes at will. During the day she is a sarcastic, dissatisfied, compulsive liar, somewhat bullying mother and unfaithful wife; at night she sloughs her human skin and voraciously attacks Nicola in her bed. Afraid that she is not able to control her voice and keep her mother’s secret, Nicola stops speaking altogether after the age of 4, and goes through her whole childhood voluntarily mute, thereby treated like an idiot by the world and especially her lycanthrope mother. The story of this semi-real life is interspersed with scenes from Nicola’s later stays in a psychiatric institution, where she reflects with the benefit of hindsight on her paranormal childhood. This short novella by Heidi James, author of the well-received spousal-angst novel Wounding, reprinted by Neon Books who specialize in poetic and slipstream chapbooks, tells a story full of unsettling developments and leads to the bathetic, inevitable climax. This is not the first story to use monstrous imagery to describe an unhappy childhood, nor does it break new ground in its use of unreliable, potentially psychotic narrator, but it is a refreshingly unapologetic combination of absurdist, surrealist, and nightmarish content in the service of a genuinely emotive story.

The plot of this novella follows Nicola through the few years of her childhood when she doesn’t speak at all (she appears to speak at least during therapy sessions in her adult flash-forward scenes). Apart from her self-imposed silence, she seems a fairly typical, if not happy, child: she is at times confused, willful, rebellious, but succumbs to bullying and has sometimes uncomfortable friendships. In other words, she is easily relatable to anyone who has been a child, if not always entirely likable. And above all, she covers for her mother’s lies and deceits, as much as she hates her for them. In the background, and only occasionally making an appearance, is Nicola’s mostly absentee father, a long-haul truck driver, whom she adores but describes in terms that make him rather less attractive to the reader.

Although this is not the sort of story that would be ruined by spoilers—the writing carries it, not any twists in the plot—there is a limit to what one should say about the plot of a 26-page novella, especially one that is best enjoyed by readers on its own terms, with a minimum of preconceptions.

In summary, this is a well-written and moving short story, which takes a relatively common trope—the confused and fantastically justified experiences of a child told through her own eyes with a sort of oneiric magical surrealism—and combines it with the language of gritty urban horror to create an understated, effective, sometimes upsetting read. Heidi James writes literary horror as if there were no artificial frontier between the two genres, and that is an achievement that is certainly worthy of acclaim.
Posted by Djibril at 16:00