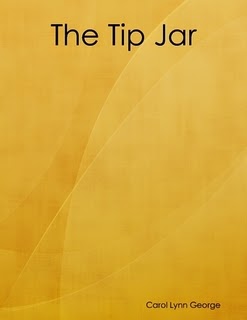 This self-published short collection of stories is billed by the author as “science fiction”, but the synopsis makes it clear that this is only in the sense of fiction (largely “realistic”) that engages overtly with “science, technology and medicine”. Most of the stories are not about science or scientists per se, and certainly are not “scientific adventure” or “scientific romance”, but are rather light-weight but heavy-handed allegories for issues around medical or professional ethics, healthcare controversies, and the like. I may have received a pre-publication digital ARC, which would account for the shoddy formatting and proofreading in the volume, but other issues with language, phrasing and editing suggest that the intervention of a good publisher would have made this a more professional collection.

Perhaps the strongest piece in this collection is the title story, ‘The Tip Jar’, a quiet, colloquial reminiscence of small-town life, growing up, heartbreak and violence. The author’s synopsis identifies this piece as an “examination of genetics vs. environment”, but apart from the presence of a child of violence who turns out to be a nice kid (hardly a radical turnaround), this is better characterized as a sensitive story with a note of hope for the next generation, but unsettling in its apparent acceptance of injustice as a normal part of life. Also a good read, if a mite depressing, is the second story, ‘Marin County Census’, which features a brow-beaten businessman and his anti-vaccination blogger wife. Some nice details and characterization in this obvious message piece, but the heavy-handedness of the (admittedly correct and very important) scientific agenda takes some of the charm away.

Other stories, while not especially bad themselves, are more interesting scenarios or set scenes that don’t feel complete or fully baked. ‘In Bloom’ is a very short piece set on a reservation, featuring horse breeding, pressed flowers, and an absent mother, but apart from some domestic scenes of affection and cruelty, very little by way of story. ‘To the Dogs’ features a woman whose husband has been mauled by dogs and is brain-dead on life support; again there are more domestic details and memories of family life than there is emphasis on the tragedy itself, and despite the author’s claim that this story is about “end of life care decisions”, the science isn’t a significant part of the story itself. ‘Scarlet for Snow’ is a fairly readable short piece, about a fundamentalist religious family (multiple wives are mentioned; daughters taken out of school), and a childhood tragedy remembered by an adult son returning to clear out his late parents’ home. The story itself is poignant and sensitive, but the book’s blurb rather shockingly claims that this piece is about, “a topic that enjoys little consensus in the literature, the origins of female homosexuality”; if this is meant to imply that the idea that girls become lesbian as a result of childhood tragedy or abuse is genuinely open to scientific debate, then it is both absurd and repugnant. I hope I have misunderstood.

Another short piece, ‘Makoko’ tells of a young Nigerian girl who apparently scams her way into an American visa and medical training, the implication of which is pretty uncomfortable, but the story doesn’t do anything else with it. Finally, I admit I missed the point of one of the most ambitious stories in this collection, ‘The Minque Protocol’ (which the author describes as “esoteric”), which begins with a medical practitioner of some kind—perhaps a psychiatrist?—in police custody. It’s never clear what is the nature of his crime, nor of the obsession with a new “hypothesis” or “protocol” that led him to commit it. This is also the worst-written story in the collection, with poor grammar, run-on sentences, a significant character whose name changes mid-story, and cheap stereotypes of ex-jocks and aging medical professionals (including a “Linux programmer”—presumably the systems administrator—who is “somewhere on the autistic spectrum”). I don’t know if by the end of this opaque piece the reader is meant to have some idea of what is going on, but I didn’t. Nor is it clear how the story is about “professional ethics”.

It may be that the copy I saw was not the final version, but it seems this short self-published collection of stories was in dire need of a professional editor’s touch. Punctuation is especially shoddy: hyphenated words are marked with “---” rather than single hyphen; commas are missing before vocatives in direct speech. In some stories infelicities such as “nearly almost” (presumably for “nearly always”?) remain, there are changes of tense mid-story and even mid-sentence, and in one story (“The Minque Protocol”) the poor grammar completely obscures the meaning of several sentences.

Carol Lynn George clearly has some good ideas, and enjoys mixing the science that is her profession with the literature that she obviously loves to write. The flaws in this volume, which collects seven short stories of very uneven quality, are partly those of a self-published author with no editor, and partly those of a writer with more enthusiasm than experience. I would hate to think that a mixed review of this volume would do anything t dampen this enthusiasm. I am sure that in time, this author will have a body of material worthy of a professional collection of science-themed short stories. This volume is not it, but as with any writer, the only solution is to keep writing, to submit individual stories to magazines and other venues where they may receive feedback, and to wait until she has grown both a reputation and a portfolio of stories worth collecting in this way. I look forward to such a collection, and while I sincerely hope that some of the ideas herein are discarded, I’m sure that others will be the seed of stronger storytelling in the future.
Posted by Djibril at 13:37


As the author of this book I would like to thank the reviewer and assure him I will take this valuable advice into consideration for the next round of revisions. I'm considering making the volume unavailable until some of these issues are fixed. Yes, the copy I sent was a "proof" copy. I am hoping to get a professional editor and publisher (suggestions welcome!). It is really really hard to do all of this yourself!! I was hoping to write some stories that someone might enjoy.

While it is hard to find anything positive in this review, I wanted clarify a few things. In the story "Scarlet for Snow" he is correct, that was a misunderstanding. The father recognizes that his daughter is likely gay, like his sister was, and is understanding the family dynamic through this reflection. When he was found he couldn't understand what was happening because he did not understand that his sister was gay. The heritability of female homosexuality is NOT well understood; is it more likely to occur if other family members are also homosexual? No one knows. It does not have anything to do linking the Aunt's sexuality to the suffering she endured but more to do with the suggestion that the daughter (who is growing up in a totally loving and supportive environment) is also homosexual.

Anyway, thanks again, and I hope that you did get some enjoyment out of it!

Proud to say that not only have we retained a professional editor, but I also posted a quote form this review on our Facebook page! Thanks again!!
https://www.facebook.com/thetipjarbook?ref=hl