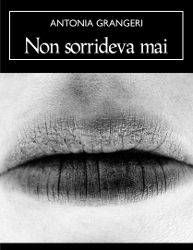 The first novel by Antonia Grangeri (now published in English translation as She Never Smiled. Syncerus Books, 2018. Pp. 261. ISBN 978-7-3492-2998-8. £12.99) brings vampire stories from dark and foggy castles to the sun-burnt and desolate landscapes of the South of Italy at the beginning of the 20th century. The introduction of supernatural events into the everyday life of a closed rural community might be described as “magic realism.” However, the reader shouldn’t expect the heart-warming tenderness of Garcia Marquez’s or Udhari’s prose. Grangeri’s style is close to an unexpected encounter between Antani’s horror tales and Zola’s social realism.

The story is told mostly from the point of view of the main character, Marietta, a pale-skinned and blue-eyed vampire. The reader is thrown in the middle of the events, when Marietta is already a young woman. No explanation is given about her past or the reasons of her aberration. Marietta herself is as clueless as the reader about her condition. The only thing she knows is that she has to survive. This narrative choice enhances the aura of mystery that surrounds the protagonist but, sometimes, seems more like an easy escamotage of the author to avoid the effort of building a consistent background for her characters.

It is difficult to empathize with Marietta. Very distant from the literary topos of the decadent, dandy-ish vampire, Marietta does not have moral or aesthetic dilemmas. She simply applies what she believes is the most effective strategy to satisfy her needs and remain alive. Probably to attenuate this de-humanizing impression, Marietta is shown for the first time when she’s dealing with the only event during the entire story that causes her something similar to emotional distress: the death of her husband. The figure of Giovanni is one of the most interesting and unpredictable of the whole book. All Marietta’s relationships are based on fear, hate or self-preservation, but not the one with Giovanni. There is no romance or sentimentalism in their bond. They are just two creatures that, from their very first meeting, have seen the benefits to come from an alliance. Nonetheless, Giovanni is the only one who, even if afraid of his wife (he is crazy but not a fool), somehow accepts and respects her. Giovanni gives Marietta a house and an easier life; Marietta gives Giovanni what he desired the most: four daughters. It doesn’t matter to Giovanni that none of them is his biological descendant (he had never touched Marietta), and he might even suspect what happened to his wife’s lovers.

Being an uneducated woman in the South of Italy, Marietta doesn’t know what the reader knows about vampire stereotypes, so she doesn’t worry about testing if they are true or not. Actually, besides an excessive sensibility to sunlight (quite crippling in those lands), Marietta doesn’t seem to have any issues with things such as crucifixes, mirrors or garlic garlands. She even gives birth to four dark haired girls that look completely human. Although she has no mentor or guide, Marietta understands very quickly that she has to hide, to blend as much as she can in the community. And never, ever smile.

One of the most convincing aspects of Grangeri’s opera prima is her lexicon. Not only do the dialogues between characters sound extremely natural and life-like, but the word choice in the whole narration is also consistent with the setting. Never becoming “wrong,” Grangeri’s non-canonical grammar looks as if it had been shaped on the story and its atmosphere, and gives to the reading a very peculiar rhythm.

I first read the novel in its original Italian version and I would be very curious to discover how the translator of the Syncerus edition has rendered the same impression in English. I am not implying it is an attempt doomed to fail, especially after having seen a few very successful translations from Italian by Syncerus (Mad Hart by Antonio Ciacci translated by Tony Little, just to mention my very favorite), but certainly it is a challenge.

Through the complicated life of a non-human creature, Grangeri tells the story of thousands of women who lived in Italy in the same period and gives a tragically realistic idea of their life conditions. If Marietta can somehow secretly react with fierce violence, murder and cannibalism, all the others couldn’t and had to repress the same anger and frustration that drives Marietta to her wildest part.

The academic intent of the author, who teaches Ethnology at Cagliari University, is not subtle. She explicitly uses a gothic story to introduce anthropological arguments. If we do not count occasional slips into a quite pedantic attitude, the experiment can be considered relatively successful. For the same reason, when the author abandons her comfort zone and moves away from the cultural history of the rural south of Italy, the story weakens suddenly and irreversibly. Her attempt to circularity in the last third of the book, showing a modern and self-confident Marietta that has finally learnt how to survive and how to control and make the most of her qualities, is unbearably clumsy. Marietta’s choice to come back to trace one of her descendants to bring with her, is completely predictable and slightly disappointing.

Grangeri has sufficient literary talent to write pleasant prose. However, she doesn’t really seem able to create a solid narrative structure and, even less, to write about anything that doesn’t concern her scholarly expertise. Non sorrideva mai is still worth reading, and not just for the lesson in anthropology.
Posted by Djibril at 13:38